You are at:Home»Advisor Solutions Channel»The Next Global Financial Meltdown Is Just Around the Corner 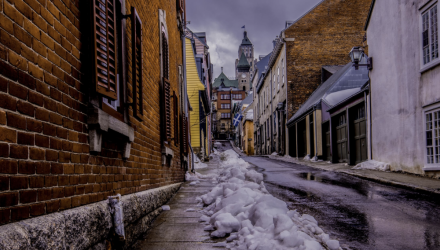 The Next Global Financial Meltdown Is Just Around the Corner

Yep, there’s a clickbaiting title if ever I saw one. But it seems to be true.

Ten years ago, we had a global financial crisis. Now, ten years later, the banks are heavily regulated, their risk-capital ratios stabilised, their leverage reduced and the regulators breathing down their necks, promoting competition and supporting technology innovators. The world is safer and less likely to have another financial meltdown, right?

Seven years ago, I forecast the next financial meltdown would occur in 2045. I think I’m wrong. It’s going to be in the next few years, but hopefully won’t be as big as the last one. Or maybe bigger.

Where’s this coming from?

Well, I’ve heard over and over again that China’s economy will collapse due to shadow banking. It hasn’t, yet, but it is of concern. As Bloomberg reported last year:

Shadow banking in China has ballooned into a $10 trillion ecosystem which connects thousands offinancial institutions with companies, local governments and hundreds of millions of households. The practice is now at the center of a Chinese government-led regulatory crackdown aimed at defusing financial risks that threaten the wider economy. Unlike in the U.S., traditional commercial banks drive shadow banking, or unregulated lending, in China. That’s because the banks have been able to keep shadow-banking assets off their balance sheets, thereby sidestepping regulatory constraints on lending.