You are at:Home»Advisor Solutions Channel»Market Timing is Almost Always a Losing Game 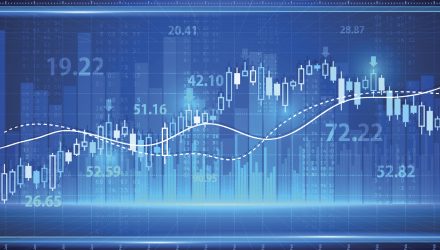 The implications of this study could well be critical for the average investor. By being “out of the market” for as few as even one or two of the best performing months or days over several decades, a portfolio’s return is significantly diminished.

As you can imagine, timing these select few days is nearly impossible for both professional and individual investors.

If anyone were able to properly forecast market changes and successfully time the market, it should be professionals. Many mutual funds and hedge funds have armies of research analysts attempting to predict the future and outperform the broad market.

They might get lucky a few times, and attract a horde of new investors, but there is very little evidence in favor of long-term market timing.

A group of professors took a look at more than 400 U.S. mutual funds through the period of 1976 – 1994 and found little evidence of market timing ability (4):

After controlling for public information, we find little evidence that the mutual funds have conditional market-timing ability. However, the risk-aversion estimates are imprecise and the power of the tests for timing ability seem low. To corroborate the validity of these findings, which are based on rate of return data, we perform additional tests using the mutual funds’ portfolio holdings. These tests support our conclusions.

Such findings are not unique to U.S. mutual funds. International studies support the same conclusion: very few professional managers can time the market.

We find a relatively small number of funds (around 1%) demonstrate positive market timing ability at 5% significance, while around 19% of funds exhibit negative timing and on average funds mis-time the market. However, controlling for publicly available information we find very little evidence of market timing ability based on private timing signals.

And over in in Greece, professors Philippas and Tsionas come to a similar conclusion after researching Greek mutual funds (12):

Fund managers fail to have market-timing abilities. This finding is in line with the majority of published research.

Beyond mutual funds, there are the “gurus” who often make predictions on TV, or sell investment newsletters to foolish investors.

A study by Professors John Graham and Campbell Harvey titled, “Market Timing Ability and Volatility Implied in Investment Newsletters’ Asset Allocation Recommendations” (13) tracked 15,000 predictions made by 237 market-timing newsletters from June 1980 to December 1992. By the end of the period, 94.5% of the newsletters had gone out of business with an average life span of just four years. They concluded:

“There is no evidence that newsletters can time the market. Consistent with mutual fund studies, ‘winners’ rarely win again and ‘losers’ often lose again.”

Individual investors actually do far worse than professional managers. They tend to invest when everyone else is investing, which is usually near the peak of markets, and sell when everyone else is selling, which is when markets are reaching lows. Indeed, research shows that the largest inflow of investor dollars typically occur immediately after above-average mutual fund or stock performance and immediately before under-performance. Likewise, the largest dollar outflows are observed after market declines, just before upswings. (14) (15) (16) (17) (18)

The data seems to indicate that most investors (despite what they might say) actually follow a buy high, sell low strategy – the exact opposite of a successful market timing strategy. There a number of behavioral flaws that explain the phenomenon, but that’s really not the point.

The point is that market timing is generally a waste of time, effort, resources, and money.

It’s a fact – the great majority of individual investors will be rewarded by choosing a long-term, index investing strategy. Of course there will always be a few who find success timing the market, just as a few will find success winning the lottery.

But why try when the odds are so heavily stacked against us?

This article was republished with permission from Cash Cow Couple.