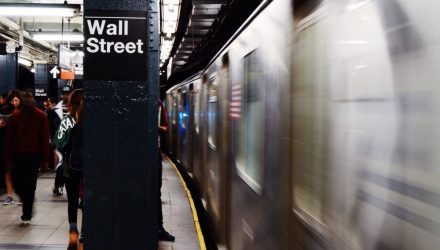 Is It Time to Think About Income?

A lot of people in the investment business like to say “the back half of the year starts after Labor Day.” Obviously this isn’t true from a chronological standpoint – the year is two thirds complete by the beginning of September – but it isn’t entirely false either. A flurry of activity often accompanies the return of cooler temperatures, and many clients have already begun to ask about what we are expecting for the economy and markets between now and the end of the year.

From an economic standpoint, we believe that growth in the U.S. will remain above potential in the coming quarters, but it seems unlikely that the robust growth seen in 2Q18 will be sustained. Meanwhile, we see room for improvement in economic growth outside the U.S. The Eurozone consumer began to show signs of life in June, and should continue to receive support from an improving labor market and elevated levels of confidence. Meanwhile, an uptick in emerging markets should be led by a reacceleration of the smartphone cycle, a dynamic that has begun to show up in some of the recent data out of Southeast Asia.

While we do not envision a recession materializing in the next twelve months, the road could become increasingly choppy for equity markets as interest rates move higher. That said, bull markets often go out with a bang, and it feels premature to move to a more defensive asset allocation. As a result, a focus on income seems to be the optimal approach.

Within equity markets, investors should avoid the bond proxies like utilities, telecom and consumer staples, and instead concentrate on sectors like healthcare, energy, and financials that offer a total return with more balanced contributions from income and capital appreciation. Furthermore, less correlated assets such as real estate and infrastructure can enhance a portfolio’s overall yield while simultaneously providing diversification benefits as the cycle moves into its later stages.