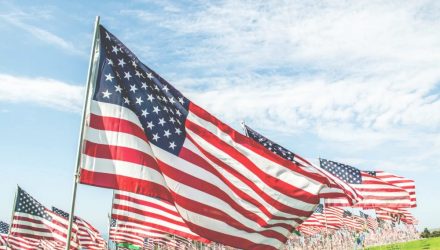 The Investment Implications of the Midterms

By David Kelly via Iris.xyz

The results of the U.S. midterm elections were largely in line with expectations, with one important wrinkle. Although, as anticipated, the Democrats took the House of Representatives and the Republicans held the Senate, the Republicans increased their majority in the Senate and this, from a political perspective, appears to validate the President’s strategy of taking a hard line on immigration and trade.

This mixed result should increase the odds of a slower U.S. economy in 2019 and beyond, with potentially dampening effects on bond yields and the dollar and, possibly, U.S. stocks. However, the impact of the election results on U.S. trade policy are still uncertain and this will have a major bearing on both the absolute and relative performance of U.S. and international equities. To see this, it is first important to recognize that the 2020 election campaign is now underway and then look at how political considerations may impact five different issues:

Taxes: On taxes, the midterm result likely kills the idea of “Tax Reform 2.0.” A tax bill cannot pass without a majority in the House of Representatives and the Democrats will have zero interest in passing another big tax cut that the President would take credit for and could heat up the economy in time for the 2020 election. The easiest strategy for the Democrats would be to endorse a middle-class tax cut but only one that is funded by higher taxes on upper income individuals and/or corporations. This would, in turn, be unacceptable to the Senate.

Infrastructure: Democrats might be willing to support more money for infrastructure if it included improvements to the electrical and internet grids. However, a lack of money and a lack of available construction workers suggests that a moderate rather than large infrastructure bill is the most that could occur.

Health Care: With the individual mandate disappearing in 2019 and more states trying to adopt coverage-lite plans, the Affordable Care Act will likely become less effective over time. Democrats will have no interest in repealing and replacing it.