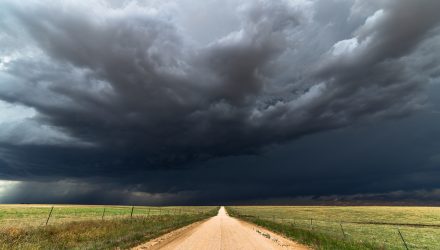 IMF: ‘Clouds on the Horizon’ for Global Growth

If the current tariff-for-tariff tradeoff between the United States and China resembles a mere scuffle, multinational investment bank J.P. Morgan expects it to escalate into a full-blown trade war. Just recently, the firm lowered its ratings for Chinese stocks from neutral to overweight, citing that the trade wars will heighten to a point where its economy is substantially impacted.

In less than 24 hours, China responded with $60 billion worth of tariffs on U.S. goods, which began on Sept. 24. The new round of tariffs from China are said to affect a list of 5,207 products within a range of 5 to 10% as both the U.S. and China have already slapped each other with tariffs worth $50 billion total.

The IMF estimates that the ongoing effects of trade wars could cause global output to slide by more than 0.8% in 2020 and come under 0.4% below its trend line in the long term view. Furthermore, IMF predicts that China’s output could fall by more than 1.6% and over 0.9% in the U.S. in 2019.

“IMF’s downgrade just goes to show how the tariff dispute between U.S. and China is beginning to take its toll on the global economy,” said Cardillo.