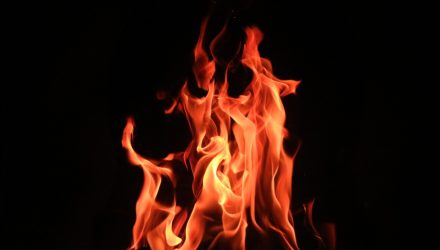 How Investors Get Burned Following the 2% Rule

It doesn’t stop at vacancy rate, either. The last time Chester turned over, there was zero damage. The renters were attentive in patching the nail holes from their decorations and even painted over the patch marks. Floors, kitchen, bathrooms? Clean as a whistle. Chester needed about two hours’ worth of work on my part to get the house ready for the next tenant to move in.

The last tenants at Francis left the property needing $9,000 in repairs. New paint throughout. New carpets throughout. Damage to the cabinets. Filthy bathrooms. Abandoned trash (some of it bulk trash and furniture) littered throughout. Broken bannister spindles. The list goes on.

The Higher Costs of Lower-End Properties

Those tenants at Francis had to be evicted because they stopped paying the rent. So, in addition to the $9,000 in damage, they also cost $5,000 in unpaid rent, legal fees, and court fees.

But it doesn’t stop at the higher risk of rent defaults. Once Francis was vacant, it was broken into by junkies for use as a drug den. We had to call the cops, then board it up. Needles, used condoms, and mostly-empty 40-oz. bottles were strewn all over the floor. It was subsequently broken into again (presumably by the same junkies). I had to board it up again, this time with special screws with a non-standard head.

Francis is inside city limits, where the property tax rate is double the surrounding county’s tax rate. Even though Chester is assessed at a much higher value, its property tax bill is only marginally higher than Francis’s.

Regulation is much higher in cities as well. That means more inspections, more work orders from the city government, more registration fees, more headaches. Chester has never once had a city inspector walk through, nor does it need them. It’s in pristine shape because the renters keep it that way. Francis has had plenty of inspectors come through, and they never fail to slap me with work orders. Why? Am I a slumlord who leases out a ramshackle, falling down building? Of course not. But most of my renters have abused the living heck out of the property.

The insurance premium is also higher for Francis. It doesn’t matter that the policy is for a far lower coverage amount; statistically, there are many more insurance claims in these low-end areas. (Look no further than the break-in above for an example of why.)

We’ve touched on the financial costs of crime, but that doesn’t cover the personal safety risk. When I was 24, I thought I was tough and brave walking through these bad neighborhoods. Now I look at the violent crime rates in those neighborhoods and wonder, “What was I thinking?”

All the while, Chester has purred along smoothly, with clean, respectful renters who pay their rent on time every month. They leave it just as they found it. When a turnover comes along (far less frequently than at Francis), there’s no shortage of prospects eager to sign a lease with me.

This article has been republished with permission from The BiggerPockets blog.