You are at:Home»Advisor Solutions Channel»Goldman Sachs to Become Custodian Bank for Crypto Funds? 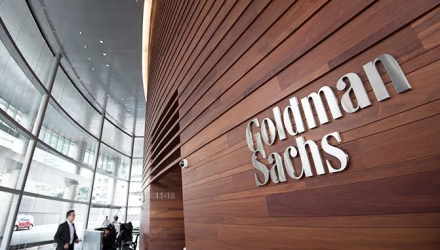 By Richard Parker via Iris.xyz

The steady rise in the number of investors entering the space, including large corporations like IBM  (IBM [NYE] – $153.00), has prompted an equal increase in the number of new projects and service provision opportunities. The finance sector has found new and creative ways to satisfy investors despite most banks being hesitant to deal with cryptocurrency.

From Bitcoin futures to custodian vaults, the virtual currency landscape is slowly becoming more similar to that of its fiat counterparts. Although adoption within the industry is gradually increasing, there are still several issues plaguing investors. One of those issues is security.

Holding cryptocurrency assets on exchanges has led to theft and other adverse outcomes in the past. This discourages adoption and even further investment by investors who already hold digital assets. As a result, the presence of reliable storage infrastructure for these virtual assets has become a pressing need. At this early stage of development, a unique opportunity for crypto asset custody has presented itself.

Goldman Sachs is one of the most prominent banks in the US, and if it opens its doors to cryptocurrency, the move will go a long way in influencing mass adoption. Although the mere prospect of the banking giant’s entrance into the virtual currency market is exciting, it is still only a rumor, as reported by Bloomberg.