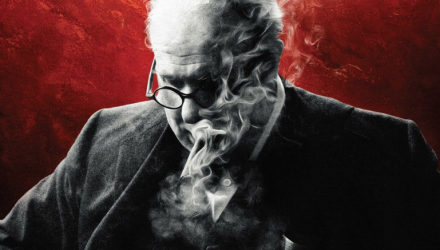 I recently had the opportunity to see the excellent 2017 film Darkest Hour, about British Prime Minister Winston Churchill’s struggle to keep the United Kingdom in the fight against the Nazis, even as members of his own government pressured him to capitulate. Gary Oldman’s portrayal of the tough-as-nails leader is at turns tender and rousing—and very well deserving of the Best Actor Oscar.

I’d recommend the film to anyone, whether they’re a student of World War II or not.

It got me thinking, though, about the important role gold played in how the war was financed, as well as the U.K.’s daring efforts to prevent its gold holdings from falling into Adolf Hitler’s hands, should Nazi forces successfully invade the island and ransack its central bank. After all, Germany had done as much in a number of Central European countries before threatening the U.K.

Although not directly addressed in Darkest Hour, the U.K. ended up evacuating billions of dollars’ worth of gold bullion and other assets across the Atlantic, all to be kept safely in Canada. The mission, codenamed “Operation Fish,” is still the largest movement of physical wealth in history.

So why was Hitler so interested in acquiring gold?

To answer that, we really need to go back to the 1920s. At the time, Germany was in serious economic straits. It faced unprecedented hyperinflation, among the very worst such incidents in world history.