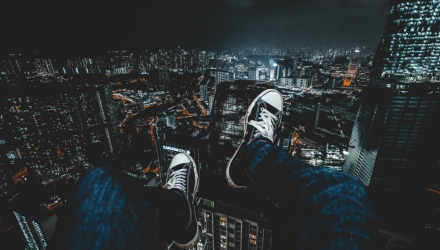 One of George Carlin’s best comedy routines was the insight from the Hippy Dippy Weatherman that the forecast for tonight would be dark. With continued dark overnight with widely scattered light by morning.

Over the past two months, market gurus have been forecasting progress on trade talks with China and an accommodative Federal Reserve. Like the sun rising and setting, for another week the trade and Fed narratives remained predictable, leading to a 0.61% rise in the S&P 500 and stability in the Ten-Year Treasury which settled unchanged at 2.66%.

The entire gain in the market took place on Friday afternoon, perhaps triggered by news that the trade negotiations were going to extend into the weekend. Earnings season also proceeded predictably (with the shocking notable exception of Kraft-Heinz), as the blended growth rate for the fourth quarter remained at 13.1%, and the outlook for first quarter earnings decline worsened to 2.7% from 2.4%. The economic data, such as durable goods and the PMI, also continued the trend of modest softness.

The market is now about 5% below its record high that was set before the collapse triggered by the stormy forecast of a hawkish Fed and a trade war with China. That forecast persisted for three months, and then shifted to the current outlook. My guess is that this current calm based on the predictable narrative has shelf-life of about one more month before the focus will shift to the health of the economy and corporate earnings.