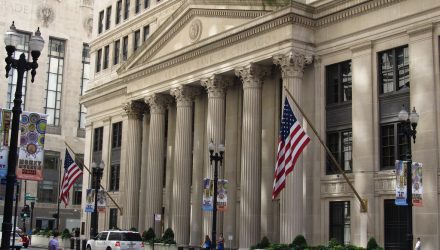 ETFs to Deconstruct the AGG and Hedge Currency 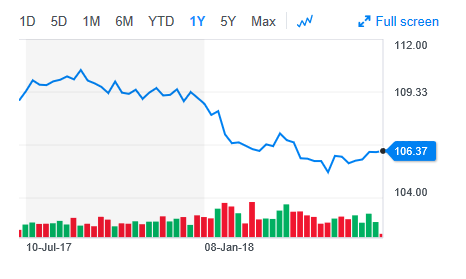 “Since Treasuries constitute roughly 37% of the Aggregate, the rise in Treasury rates (and interest rates in general) has negatively impacted the performance of the Aggregate in recent years,” said Harper. “Spread tightening has, however, provided some offset return erosion from rising rates. The overweight to more credit intensive sectors has enabled the Aggregate Enhanced Yield to outperform the Aggregate since its inception in 2015.”

With the Federal Reserve’s recent rate hike of the federal funds rate from 1.75 to 2, the dollar index has also been gaining year-to-date, particularly since the middle of April. While this bodes well for investors who are long on the greenback, it’s not-so-good news for investors long on other currencies against the dollar.

Case in point–the euro has seen better days as evidenced in the chart below. The euro has been down about 6.4 percent since touching a high in February.

“The moves in the euro this year remind investors that the currency is not always a one-way trade higher,” Jeremy Schwartz, WisdomTree Director of Research told ETFTrends.com.

In the case of investing in the Eurozone, Schwartz recommends a currency hedging strategy using ETFs, such as the  WisdomTree Europe Hedged Equity Fund (NYSEArca: HEDJ) or for broad-based international exposure, the WisdomTree International Hedged Quality Dividend Growth Fund (NYSEArca: IHDG). HEDJ is up 1.53 percent year-to-date and IHDG has provided an 8.61 percent return the last three years.

There is a lingering school of thought that currency exposure may be an expensive option, but with more interest rate hikes looming as the Federal Reserve exhibits more hawkishness, the returns that can be derived could outweigh the costs.

Related: The Short End of it With an Active Bond ETF

“Many also have thought currency hedging can be an ‘expensive proposition’ but as the Federal Reserve has been hiking interest rates at much faster pace than global central banks, one can be paid an increasing amount of net interest rates to neutralize their currency exposure and is now over 2% per year against the euro and yen with this amount set to rise over coming quarters,” said Schwartz.