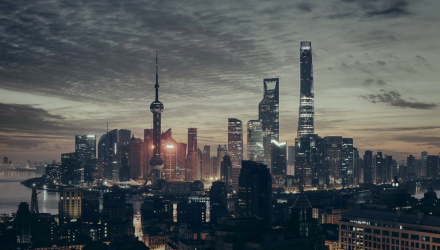 By Richard Cox via Iris.xyz

Geopolitical tensions dominated the narrative once again this week, as investors look to macro factors for the next directional cues. Earnings season continues in the U.S. market, and tech stocks experienced some increased buying activity toward the end of the week.

Both the NASDAQ and the Dow Jones Industrial Average have posted gains for seven consecutive sessions, while the yield on the 10-year Treasury note finished the Friday session at 2.63%. Small gains were also visible in WTI crude oil, which has moved to $52.72/bbl in a continuation of the rebound in commodities which started in December 2018.

Forex markets have witnessed some interesting developments, as macroeconomic data out of Europe indicate the possibility of growing weaknesses in the region’s business sector. To start 2019, the long-term slowdown in manufacturing has led to the lowest services sector growth rates since the middle of 2013. In addition to this, broader demand levels have dropped to their lowest levels in four years. According to economic data and trading news feeds from AskTraders, the IHS Markit Eurozone Composite Final Purchasing Managers Index dropped from 51.1 in November to 51.0 in December. This indicator broadly measures economic health in the region and this is now the lowest print that we have seen since the month of July in 2013.

Of course, any economic reading over 50 is indicative of expansion in Europe but the trends here are clearly pointed in the downward direction and there is now growing risk that the region will fall into contractionary territory at some point this year.