You are at:Home»Advisor Solutions Channel»Dow Sinks 200 Points after Trump Imposes Tariffs on China 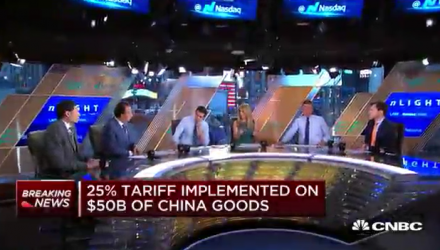 As expected, China did not take too kindly to the tariffs, but overall, the actions by the Trump Administration did not come as a complete surprise.

“We will immediately introduce taxation measures of the same scale and the same strength. All the economic and trade achievements previously reached by the two parties will no longer be valid at the same time,” said China’s Commerce Ministry in a statement to CNBC.