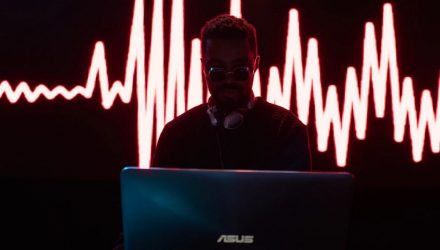 By David Trainer via Iris.xyz

Noise traders – individuals that distort the market by trading on incomplete or inaccurate information – have been discussed by academics and investors alike for decades.[1] No one could ever deny the existence of noise traders, but proponents of the efficient market hypothesis (EMH) have long contended that these traders have little-to-no impact on the overall market.

The past twenty years – which includes the tech bubble, housing bubble, and dozens of boom and bust “story stocks” – make it clear that noise traders have much more influence than EMH doctrinaires admit. That influence is only growing, as the rise of self-directed traders and the relentless noise of the financial press mean the noise to signal ratio is worse than ever. Wild swings in stocks such as Tilray ((TLRY [NGS] – $128.96) show just how inefficient markets can be.

The Rise of the Noise Traders

The market has more self-directed investors than ever before. New self-directed trading platforms keep cropping up, and existing platforms are gaining more and more users. Figure 1 shows that the number of accounts at TD-Ameritrade grew by 60% from 2007 to 2017.

Add in Robinhood, which doubled its number of accounts to 4 million in the past year, and a wide variety of other trading platforms, and we’ve reached a point where a quarter of all U.S. adults with internet access are self-directed investors. That’s ~50 million amateur traders out there, many of whom weren’t invested during the last market crash.