You are at:Home»Advisor Solutions Channel»Behavioral Divergence of ETF and Mutual Fund Investors 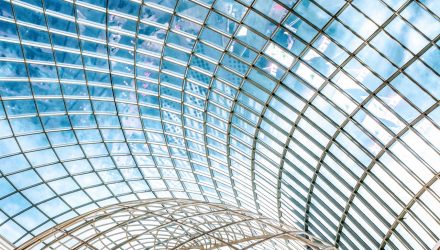 “It is striking after eight years of conducting this study to see investor appetite for ETFs still going strong,” said Heather Fischer, Vice President, ETF & Mutual Fund Platforms at Schwab. “Within a decade, we’ve seen ETFs grow to the point where investors now see them as a foundational investment vehicle. While this sentiment is particularly pronounced among Millennial investors, it is reflected strongly across generations and genders.”

As for mutual fund investors, the outflows show that they’re at their wit’s end with the investment vehicle. This is especially the case when it comes to their taxes.

Mutual funds are required to distribute realized capital gains on the securities sold throughout the year. Mark Wilson of Mile Wealth Management and proprietor of CapGainsValet.com revealed that as of the end of November, 517 funds will pay at least 10% of net assets as taxable gains, and 531 funds will pay such large taxable distributions by year end, writes Jason Zweig for the Wall Street Journal.

Risk On, Risk Off with Bonds

Of course, as 2018 wore on, that influx of capital into a tech sector that fueled the extended bull run that saw historic milestones reached by the S&P 500 and giants like Apple cross the $1 trillion valuation mark, would come to a halt by summer’s end. The whipsawing of volatility put investors through an economic wash cycle that wrung out the notion that simply staying invested would generate returns–this was not the case as the market fluctuations in the last few months of 2018 shifted investor mindsets from risk-on to risk-off.

This shift was evident in the latest State Street Global Advisors (SSGA) report that showed a renewed interest in fixed income, particularly safe havens like government debt, but all in all, fixed-income ETFs benefitted across the board. December, in particular, saw over $16 billion in flows–good for its second highest monthly inflow of all time.

Looking at fixed-income ETFs more closely, investors cornered specific areas of the bond market, such as short-term and ultra-short maturities, which saw the lion’s share of flows. With ultra-short government bond ETF cumulative flows moving past the 200-day moving average of the S&P 500, the shift to risk-off was readily apparent.

Rising rates and a stronger dollar were punctuated by trade wars between the U.S. and China, but that didn’t stop international market investors. Just like there’s a behavioral divergence between ETF investors and mutual fund investor, capital allocations into international markets persisted through 2018. The markets continued to witness flows into the international space as investors are beginning to look to opportunities abroad as volatility reigns in the U.S.

The truce reached by U.S. President Donald Trump and Chinese president Xi Jinping at the G-20 Summit didn’t quell investor fears as markets fretted on the notion that a trade deal can only materialize after lengthy discussions between the two economic superpowers. Furthermore, contentious topics like forced technology transfer and intellectual property could also derail negotiations.

Both nations agreed to withhold further tariffs for 90 days while they work out a firm, ironclad deal–the trigger event for international markets that boast low price-to-earnings ratios, making them a prime value proposition.

International markets, developed and emerging, received over $15 billion in flows combined as opposed to almost $18 billion for U.S. equities. Per the SSGA report, single country-focused funds had the third highest growth rate for 2018.

As U.S. equities were awash in volatility, investors sought precious metals for other safe-haven option aside form the tried-and-true government bonds. In December itself, a deluge of $1.4 billion went into gold-backed ETFs.

This late rally for precious metals could also persist if the Fed holds true to their dovish tones and pares down the rate hikes for 2019, causing a resurgence in gold, in particular, as the greenback loses momentum from a rate pause or better yet, a rate reduction.