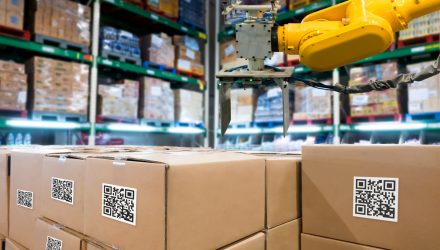 The Worst of the Supply Chain Snarls May Be Easing

The issues with supply chains might finally be plateauing as the global economy continues through cycles of shutdowns and re-openings, but the supply ramp-up could potentially be catching up to meet what has thus far been overwhelming demand. Tim Murray, capital markets strategist, multi-asset division for T. Rowe Price, recently wrote a white paper analyzing shipping costs and supply delivery times and concluded that things seem to finally be leveling out in the shipping industry.

The onset of the COVID-19 pandemic saw one of the biggest global market crashes experienced in recent memory, but of even bigger note was the unprecedented economic recovery that followed. In what have should have taken at least six months, if not a year or more, markets bounced back to pre-pandemic levels within two months once economic re-opening became viable. While it might have been a boon for businesses, this caused a demand strain that has so far continued to outmatch supply capabilities, particularly amidst continued COVID dangers and shutdowns.

“Although consumer demand has since rebounded rapidly as vaccination campaigns have progressed, a corresponding restart of global supply chains has lagged, causing shortages and driving up prices globally,” wrote Murray.

The introduction of vaccines towards the beginning of this year has meant increased consumer demand for a variety of goods, creating an influx of demand that far outstripped the ability of an already-strained supply chain to deliver. Labor shortages and explosive demand combined to create issues that rippled across the supply chain, but have been most markedly seen within the shipping industry.

“Recently, the term ‘stagflation’ -an economic environment featuring soaring inflation, high unemployment, and slow growth—has begun to creep into the economic discourse,” Murray wrote in the paper. “A major area of concern is the shipping industry, where extensive labor shortages at ports are leaving many container ships waiting offshore for weeks to offload their cargo, driving up shipping costs.”

For now, prices seem to finally be levelling off, even if they aren’t decreasing yet.

The delivery times by suppliers grew longer as well, beginning in the latter half of 2020 and reaching new peaks during this past summer, according to data collected from monthly manufacturing surveys by the U.S. Federal Reserve. A recent downturn in these monthly averages indicates that the worst of the delays have peaked and that delivery times will begin to grow shorter again as the uptick in supply slowly begins to align once more with demand.

“In our view, the worst appears to be behind us. While markets may face a challenging combination of high inflation and moderating economic growth in the near term, we believe that the longer-term economic outlook remains favorable,” Murray wrote.