You are at:Home»Active ETF Channel»The “End of the Beginning” of the Economic Recovery 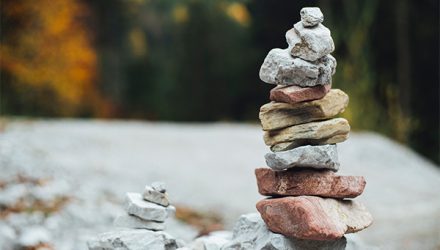 The “End of the Beginning” of the Economic Recovery

“Resilience” was last week’s theme as better-than-expected market data came to light. Earnings season has begun, and so far reports have proven the doomsayers wrong. Even industries that have been hardest hit by the economic downturn, including air travel, are expressing optimism that we’re at the “end of the beginning” in terms of recovering from the worst health crisis in 100 years.

That was the opinion of United Airlines CEO Scott Kirby, who quoted Winston Churchill last week during the company’s third-quarter earnings call. Dino Michael, global head of Hilton Worldwide, is likewise optimistic, believing yearend to be the start of travel’s turnaround.

For their part, retail sales in the U.S. have shown great resilience, increasing for five months straight. In September, sales grew at a forecast-busting 1.9 percent over the previous month, the fastest such rate since June.

All but one of 13 categories improved, with clothing, sporting goods and automobiles leading the way. Sales at home improvement stores such as Home Depot and Lowe’s were also strong.

If you participated during this year’s Amazon Prime Day, this probably doesn’t come as a shock. The two-day sales event, which concluded last Wednesday, was the biggest ever for small and medium-size businesses, according to the retail giant. “Sellers saw record-breaking sales, surpassing $3.5 billion in total across 19 countries,” Amazon said in a press release.

The luxury industry has demonstrated impressive resilience. Luxury goods leader LVMH Moet Hennessy Louis Vuitton reported better-than-expected results last week. Third-quarter revenues rose 63 percent from the second quarter to nearly $14 billion, its strongest showing so far in 2020. The conglomerate, an industry bellwether that owns as many as 75 global brands, has ambitious forward estimates of $17.4 billion in sales for the fourth quarter. If achieved, that would be a record amount for any quarter in LVMH history.

Did you know Louis Vuitton is the world’s most valuable luxury brand? Find out which brands round out the top 10 by clicking here.

Not surprisingly, Asia was responsible for the largest share of sales recorded by LVMH in the first nine months of this year. One out of every three dollars spent on LVMH luxury goods was spent in Asia. The U.S. represented 24 percent of all sales.

Sales in mainland China “remained extremely strong,” according to U.S. jeweler Tiffany, which also reported positive preliminary sales results for August and September this week. Operating earnings increased 25 percent compared to the same two-month period in 2019, with positive sales trends continuing into this month. Tiffany is locked in a legal feud with LVMH over the conditions of its acquisition.

As I’ve pointed out before, Chinese consumers are now the world’s biggest spenders on luxury items, with three quarters of all purchases made while traveling abroad. “China’s appetite seems insatiable for big brands” like LV, Dior and Moet Hennessy, writes Bloomberg consumer products analyst Deborah Aitken in a note dated October 15.

Obviously the pandemic has disrupted international air travel, which has also impacted luxury retail—particularly duty-free retail in airports. Before the health crisis, airports were the second-fastest growing luxury retail channel following online, according to Vogue Business. Many retailers have expanded their presence in airports, filled with middle to high-income travelers waiting for their flights, and in recent years some have even seen higher revenues being generated at international hubs than at traditional department stores.

The good news is that domestic air travel in China appears to have recovered to pre-pandemic levels.

That’s according to the International Civil Aviation Organization (ICAO). In an October 8 presentation, the agency shows that domestic passenger traffic in China, having already bottomed in mid-February, is now above 2019 levels in terms of capacity. The number of seats on domestic commercial flights climbed safely above 2 million per day in the first week of October, ahead of airlines’ offerings a year ago.

Some areas of Chinese tourism are not just surviving but “booming,” according to McKinsey & Company. That includes high-end travel. By the end of August, occupancy rates at luxury and high-end hotels were back to around 90 percent capacity from a year earlier, and they’ve only continued to climb since then.

Shares of China Southern Airlines, the largest carrier in Asia by passengers served, and China Eastern Airlines are down 20.4 percent and 23.7 percent year-to-date. That’s about half as much as the decline in the Bloomberg World Airlines Index, down 40 percent over the same period.

Risk of Getting COVID-19 on Commercial Flights Low, According to Study

Here in the U.S., where coronavirus cases are rising again, fliers are largely avoiding stepping onto airplanes for fear of being exposed to the virus. A new study by the Department of Defense, however, says the risk is “very low.”

According to the Department of Defense (DoD), which researched the spread of particles in airline cabins over a six-month period, mask-wearing passengers are at very low risk of being infected with the coronavirus, even on a packed flight. That’s thanks not only to the mask but also modern aircrafts’ superior air filtration system.

Flying isn’t completely risk-free, of course, but this is excellent news for travelers and carriers alike. A recent survey by Travel Leaders Group found that 70 percent of Americans and Canadians were planning on taking a vacation next year, and of those, nearly half said they would be flying. The DoD’s study should help alleviate any lingering concerns they still might have.

Air traffic in the U.S. continues to improve from its April low. On Sunday, October 18, the number of air passengers in the U.S. exceeded 1 million, the most since March, and a sign that the industry continues to recover amid the pandemic. The exact number on Sunday was 1,031,505 people, according to the Transportation Security Administration (TSA), or about 40 percent of traffic compared to the same day a year ago. Wheels up!

On a final note, I’d like to extend my congratulations to Thunderbird Entertainment (TBRD:CA) on its Emmy Award win for the apocalyptic zombie animated children’s series, The Last Kids on Earth, which streams on Netflix. Well deserved!

Many of you may not know that U.S. Global Investors is an investor in Thunderbird, and I sit on its Board of Directors. On a final note, I’d like to extend my congratulations to Thunderbird Entertainment (TBRD:CA) on its Emmy Award win for the apocalyptic zombie animated children’s series, The Last Kids on Earth, which streams on Netflix. Well deserved!

With theaters still closed and people working from home, streaming services are in need of new content like never before. Last week the Walt Disney Company announced a “strategic reorganization” of its entertainment business, putting its digital Disney+ service at the top of its list of priorities.

This is a tailwind for innovative content creators such as Thunderbird.

The Vancouver-based entertainment company appeared on Canadian Business’s list of fastest growing companies in Canada, based on revenue growth over the last five year. Thunderbird reported revenue of $81.3 million for the fiscal year ended June 30, an incredible 41 percent increase from the same period a year earlier.

Weeks ago, you may recall me saying that I would be taking part in a webcast with Mr. Wonderful himself, Kevin O’Leary, of Shark Tank fame. After some calendar adjustments, we now have a firm date set: Thursday, October 29.

We’ll be discussing internet and e-commerce companies and airlines.

If you’re interested in listening in, please email me with the subject line “Oct. Webcast” at info@usfunds.com, and I’ll send you the link. I hope you’ll join us!