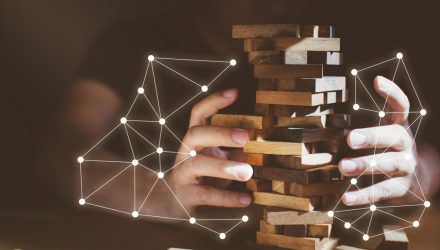 While a winner in the 2020 presidential election is still undeclared, results from other races on remove some uncertainty from financial markets and that could be a plus for actively managed investment opportunities going forward.

“I think a lot of uncertainty has been removed from the market today, and while it is not resolved yet, in previous eras when we’ve had a split government – as it looks like we will have this time around – equity markets have still done well,” said ClearBridge Co-Chief Investment Officer Scott Glaser. “If you look back over previous eras, when you have had a democratic president and a split congress, markets have risen around 13%. There’s no reason to think this will be any different.”

One compelling active ETF is the Clearbridge Focus Value ETF (CFCV). CFCV “is an actively managed strategy that seeks to achieve long‐term capital appreciation through investment in a select number of large‐capitalization stocks that, through robust fundamental research, identifies companies with strong business franchises and attractive valuations,” according to the issuer.

CFCV, which debuted in May, also offers a more exciting approach to value as it allocates over a quarter of its weight to technology and communication services stocks.

“Coming in to the election, it was a pretty oversold market, as markets had a big run-up and then a correction in the S&P and the Nasdaq, so the sentiment was clearly negative. From a contrarian stand point, we think that makes it more like likely that we see a lift after the election,” notes Glaser.

“Investors will turn their attention back to what were the two biggest issues coming into this election – apart from Covid – and that was taxes and fiscal stimulus. The US economy is going to get some stimulus now, even assuming a Republican senate. It’s going to be something in the range of $500B to $1T, as opposed to a $2.5-3Trn stimulus under a blue wave scenario, so it’s not as positive as the near-term stimulation of growth you had started to see in some stocks.”

Value fans believe this time may be different for value stocks, pointing to improving measures of investment sentiment, abating fears of a recession, rebounding corporate profits, and lessening trade tensions between the U.S. and China. Furthermore, value stocks are now trading at some of their most attractive prices in years as the growth/value gap is as wide as it’s been in decades.