You are at:Home»Active ETF Channel»Active Management Is Thriving in the Bustling SPAC Space 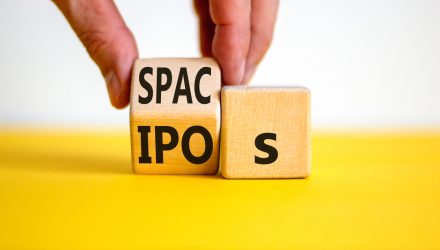 Active Management Is Thriving in the Bustling SPAC Space

Special purpose acquisition companies (SPACs) are all the rage on Wall Street. It’s an asset class retail investors are widely embracing too.

However, blank-check transactions aren’t without pitfalls. Investors can mitigate some of that risk with an active fund structure offered by the SPAC and New Issue ETF (SPCX).

According to Tuttle, the most appropriate strategy for managing a portfolio of SPACs is through active management, as it can be more flexible in reacting to shifting market events. This is no place for an index fund based on a rigid set of rules. When looking at investing in a SPAC, focusing on the management team is key.

A pivotal element to SPAC transactions is that these deals often increase credit quality at the acquired firm, but there’s more to consider.

“After a merger with a publicly traded special purpose acquisition company (SPAC), corporate issuers generally emerge with stronger credit quality, at least initially,” according to Moody’s Investors Service. “They tend to have lower debt and improved liquidity, according to analysis of more than 30 corporate issuers that we rate that were involved in a merger with a publicly traded SPAC – known as a de-SPAC transaction — in the last four years.”

Blank-check firms are hot as the IPO process is institutionalized, cumbersome, and inflexible, especially in adapting to the Covid-19 reality where virtual roadshows are less effective. With SPAC, there’s an alternative route for a company to go public, which can be cheaper, quicker, and more transparent. Agreements and processes are also within greater purview and control of the company.

See also: A New ETF Strategy for the SPAC Surge

“Because SPAC shareholders can vote in favor of a transaction while at the same time also choosing to redeem their shares for cash, known as the redemption rate, the ultimate redemption rate can materially affect the final amount of cash available in the SPAC’s trust,” adds Moody’s. “SPACs can have high redemption rates that requires the sponsor to find other investors through private placements to consummate the transaction. Thus, the final capital structure will always fall within a range of outcomes that can result in significantly higher debt or weaker liquidity if the sponsor cannot find private investors to make up for high redemption rates.”

SPCX is a long strategy, but some pros still love shorting blank-check firms.

“The process of a de-SPAC transaction and the immediate reorganization after the transaction closes carry financial and governance risks; the degree of which depends on the issuer,” adds Moody’s. “However, a key positive for de-SPAC transactions is that the process of going public via a de-SPAC requires a company to devote substantial time and resources to technical accounting and reporting. This usually results in improved internal controls and provides a greater degree of accuracy around the entity’s financial reporting.”