You are at:Home»Featured»3 Things to Watch in the Second Quarter 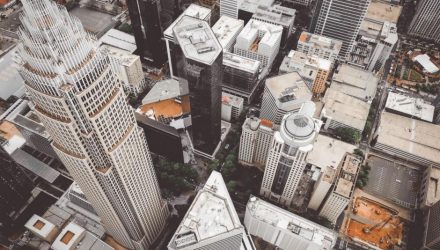 3 Things to Watch in the Second Quarter

The first three months of 2018 saw twenty-three 1% daily moves by the S&P 500, compared to just eight such days in all of 2017, giving you some perspective on how volatility jumped in the first quarter (Q1). CBOE’s volatility index, the VIX, spiked 177% to 37.32, even as the S&P 500 fell -8.5% over a five-day period. Equity markets fell into correction territory, with peak drawdowns larger than -10%, recovered and then fell again toward the end of the quarter.

The rise in volatility in Q1 can be attributed to four causes. Two were fairly predictable – a surge in interest rates that saw the yield on US ten-year Treasury bonds rise from 2.40 to 2.90 over the first three weeks of the year, followed by an employment report on February 5th that showed wages grew 2.8% year-over-year in January. A tightening labor market should naturally see wage growth rising, but at the time of the report’s release we discussed how the market was over-reacting to a single data point that was likely to be smoothed as more numbers came in. This turned out to be the case as inflation reports over the next couple of months suggested that inflation is not accelerating, yet.

The two other drivers of higher volatility in Q1 were curveballs. It started with President Trump’s announcement of across the board steel and aluminum tariffs on March 1st, raising fears of a trade war between America and its largest trading partners. The other driver that took everyone by surprise was the Facebook privacy scandal that erupted on March 17th, followed by President Trump’s tweets against Amazon, suggesting that the US Postal Service was getting a raw deal from the company.

The big questions for the second quarter essentially focus on where these issues move from here, and that is where we start.