You are at:Home»Gold & Silver Investing Channel»Palladium Just Keeps on Climbing 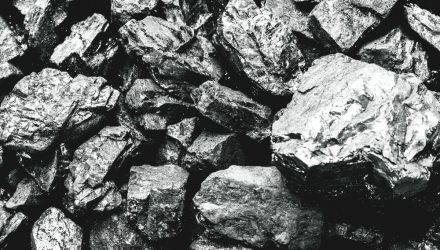 Palladium is approaching a $3,000 price and trading near record highs. With demand looking to remain high for the metal, and supply remaining low, the long-term fundamental for palladium look strong, writes Sprott’s Shree Kargutkar in a new report.

One of the main drivers of palladium’s ongoing strength is the automotive industry, where the metal, along with platinum, is a critical component in the manufacturing of catalytic converters, also known as autocatalysts. These converters help reduce toxic emissions from vehicle exhaust. As a result, 9.6 million ounces of palladium—or 84% of total demand—are used in automotive manufacturing annually.

Although the COVID-19 pandemic crimped automotive manufacturing demand for palladium, auto demand is expected to significantly rebound in 2021.

In turn, that’s meant palladium’s prices are increasingly guided by longer-term fundamentals, such as climate change and the push for more energy-efficient vehicles. As policy turns greener and emission standards continue to tighten in North America, Europe, and China, the importance of catalytic converters will only continue to increase.

Analysts note that high palladium prices are driving manufacturers to look at platinum as a substitute and by 2025, about 1.5 million ounces of palladium use could convert to platinum use. But should that occur, the switch would take some time and could be offset by other demands for the metal. For example, as China modernizes its industry infrastructure, it will require more palladium for industrial processes, such as the production of certain chemicals.

Palladium also has critical sourcing problems that keep its supply limited despite ever-increasing demands. Despite a sharp production uptick from South Africa and a record amount of palladium recycled in 2020, demand is still soaring over the supply.

2021 will likely mark the 10th consecutive year that palladium has maintained a supply deficit. This comes even with ETF investors returning 2.5 million ounces of palladium to cash in on investment gains between 2015 and 2020.

Palladium is scarce in the earth’s crust and hard to mine. 75% of all mined palladium comes from South Africa and Russia. South Africa was hit particularly hard in the COVID crisis, but production is likely to rebound strongly this year.

Many investors wonder how inflation and a commodity “supercycle” might impact the price of palladium. But Kargutkar argues that because palladium is an industrial metal and not an investment metal, inflation is likely not as relevant to pricing as much as automotive manufacturing  is.

“In our view, the longer-term fundamental trends remain firmly supportive for palladium,” he writes.