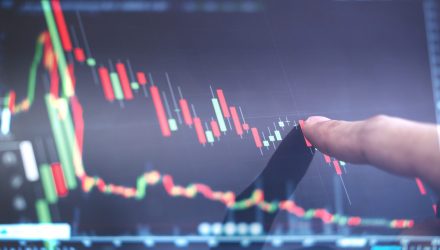 Investors are worried that the virus threatens to further slow growth in China, the world’s second-largest economy, as Beijing limits travel, companies close down operations and airliners cancel flights to contain the virus’s spread. Since China is a major part of the global economy, investors and analysts believed worsening conditions could have widespread repercussions, the Wall Street Journal reports.

“I just don’t think the panic has reached its peak yet,” Randy Frederick, vice president of trading and derivatives at Charles Schwab, told the WSJ.

Further weighing on the markets, Facebook (NasdaqGS: FB) shares plunged after the company warned of slowing growth in a maturing business model and reported a rise in quarterly costs.

The Commerce Department on Thursday also revealed that the U.S. economy expanded 2.3% in 2019, its slowest annual growth in three years and the second straight year it came in below the Trump administration’s 3% target.