You are at:Home»Video»ETMFs: Combining the Best of Active Management with ETF Structure 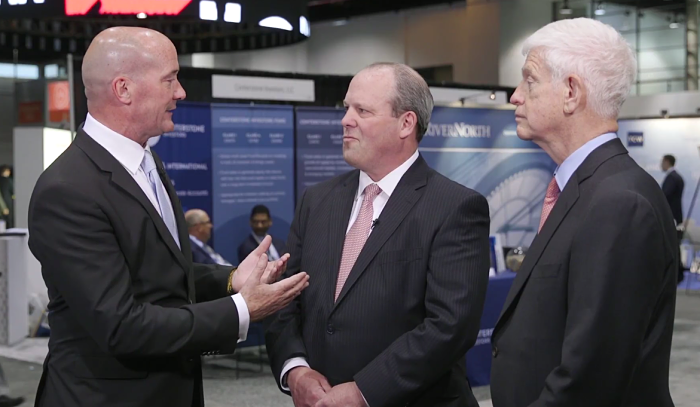 ETMFs: Combining the Best of Active Management with ETF Structure

Due to the ETMF’s structure, active managers can reduce the capital gain hit when selling underlying assets. In a traditional open-end fund, the fund has to sell assets to meet investor redemptions, which can create a realized capital gain for everyone else. Additionally, when a manager rebalances, the action can also create realized gains and generate a tax bill for long-term investors.

ETMFs utilize ETF’s so-called in-kind swaps to limit the tax hit. The funds undergo a creation and redemption process in which market makers, authorized participants or large institutional investors swap a basket of securities from the underlying benchmark index for fund shares, or vice versa. Consequently, the funds don’t trigger a taxable event.

However, unlike traditional ETFs, ETMFs will not disclose holdings on a daily basis. The patented methodology allows the funds to trade just once per day at the close of business, but investors can still buy and sell ETMFs in real time during normal hours. Consequently, investors who enter a trade during the day will pay a slight premium to net asset value to acquire shares or receive slightly less than NAV to sell.

Some traditional active managers have looked favorably on the new ETMF structure and have partnered with NextShares to launch new products. For instance, Gabelli Funds has come out with the Gabelli Media Mogul NextShares and Gabelli Food of All Nations NextShares.

“We were looking at participating in the efficiencies that NextShares offers,” Gabelli said.