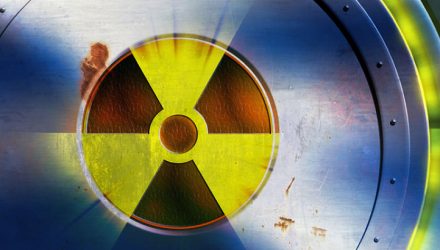 Uranium ETF is Getting Radioactive Again

“Interestingly, the importance of 15 points is not only visible in terms of URA’s chart structure it also has importance from a Fibonacci retracement point of view. According to InvestingHaven, Fibonacci retracments are certainly not a leading indicator, but it rather has a secondary importance (or even lower). In this case, however, the Fibonnaci retracement level has exactly the same outcome as our chart perspective. In other words, it is another confirmation, from a different angle, of the decisive value of 15 points in URA,” according to ETF Daily News.

“URA has fallen rather sharp in February and March. However, the decline is losing steam now. There is a probability that the decline stops at this point. Uranium mining bulls really want to see current no break below current price levels. Although uranium miners are still bullish at this point, as they are just 2 percent below 15 points, it is absolutely mandatory that the decline stops right here,” according to ETF Daily News.