You are at:Home»ETF Strategist Channel»Gold Rises to Highest Levels Since November Amid Geopolitical Tension 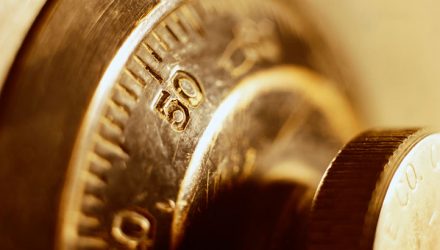 Gold Rises to Highest Levels Since November Amid Geopolitical Tension

Gold prices rose their highest levels since last November (see the chart below). Bond yields fell, boosting both bond prices and interest-rate-sensitive sectors of the market such as REITs.

In addition, oil extended its recent gains early in the week due to geopolitical concerns and because of growing expectations that big oil producers would extend their recent output cuts to mitigate the risk of an oversupply of oil. Oil’s recent rally has benefited commodity-focused equities.

In Europe, economic data was mixed.

Germany’s ZEW survey of investor and analyst expectations for economic developments came in much stronger than expected, as did German industrial production.

Producer prices in the UK were also stronger than expected–a sign of a strengthening economy.

We are monitoring the markets closely as they assess and digest factors such as strong returns from the first quarter of the year, growing political and geopolitical risks, and upcoming corporate earnings.

Rising global political concerns caused stock market volatility to rise last week. The CBOE Volatility Index (or VIX) rose above 15 for the first time since last November, right around the election. However, the index remained below its historical average and the Risk Assist models remained fully invested.

It’s interesting to note that large, institutional investors appear to be well-hedged as we approach earnings season and the first round of elections in France. As seen in the VIX reading, implied volatility increased last week—but realized volatility has not risen enough to support that move. Therefore, the increase in implied volatility may be due to increased hedging activity by large investors.

10-year Treasury bond yields have fallen since the end of March, giving the broad fixed-income market a tailwind that has enabled it to outpace the broader global equity markets so far this month.

Falling yields have also provided support for dividend-paying stocks, which are outpacing the broader market quarter-to-date. This has been a positive for Real Spend, as dividend stocks make up the largest single ETF position in the Real Spend ETF portfolios.