ETFs are down even though the U.S. government reported wholesale prices rose less than expected in October, up 0.4%, while core producer prices, which exclude food and energy costs, showed a decline of 0.6%. The October decline is the largest in more than four years, underscoring the U.S. Federal Reserve’s concerns about the low inflation environment. The ProShares Ultra 20+ Year Treasury ETF (NYSEArca: UBT ) is up 2% today in response to the inflation news. [Coping With a Bond ETF Bubble In Retirement.]

Asian stocks are off big-time, dragged down primarily by China’s Shanghai Composite index, which slumped 4%, as continued fears about the prospect of higher interest rates is sparking a sell off of Asian shares. Adding to the unfavorable Asian economic news, the Bank of Korea raised its base bank rate by a quarter of a percentage point, to 2.5%, in an effort to head off inflationary pressures. First Trust ISE Global Copper (NASDAQ: CU) is down nearly 5% as concerns about China’s demand for copper and other metals take hold. [4 Things Driving Copper ETFs.] 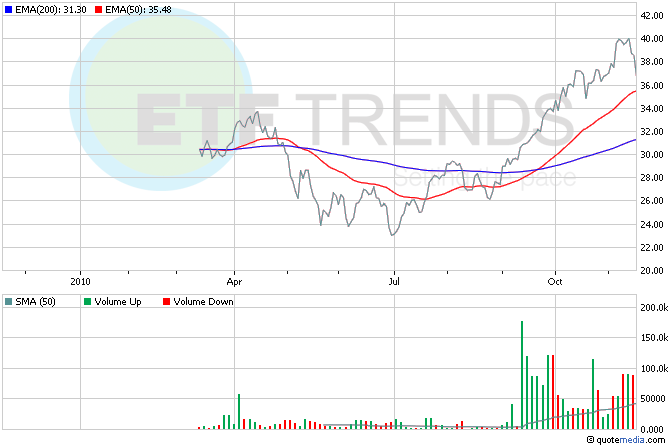 Shares in Europe are also headed south ahead of a meeting of Euro zone finance ministers, who will try to figure out how to end Ireland’s debt crisis. Dublin officials are still resisting pressure to seek a bailout. People in Ireland don’t like the proposed austerity measures that would probably be part of any bailout agreement. iShares S&P Europe 350 (NYSEArca: IEV) is down nearly 2% so far today. [Eastern Europe ETFs Outperform.] 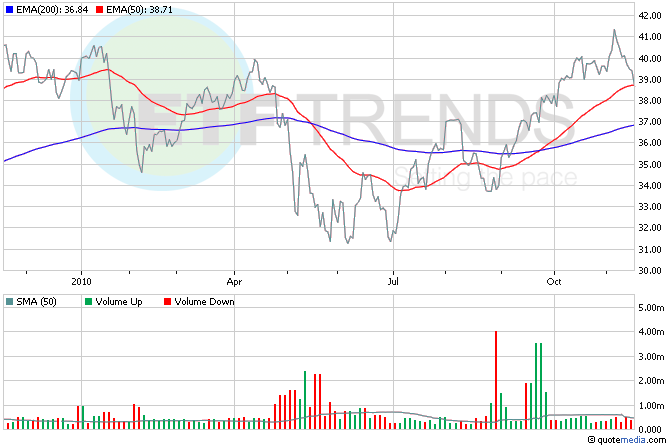 On the U.S. corporate front, investors trained their focus on earnings reports from the retail sector. Leading discounter Wal-Mart (NYSE: WMT) reported a 9% rise in third-quarter profit and the world’s largest retailer also raised its full-year forecast and gave fourth-quarter guidance that exceeded Wall Street estimates. Wal-Mart shares are up more than 2% in early trading. Despite the reports, Consumer Staples Select Sector SPDR (NYSEArca: XLP) is down 0.5% so far this morning; Wal-Mart is 9.3%. [Consumer Staples Boosted by Emerging Markets.] 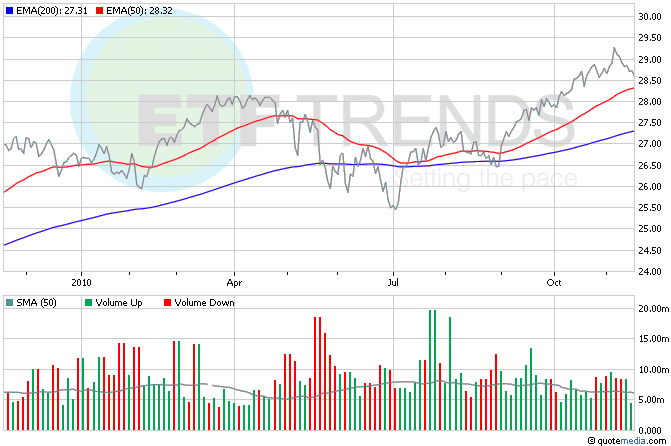 Home Depot Inc. (NYSE: HD) stock is up 3% today after the leading U.S. home-improvement retailer reported third-quarter net income climbed a stronger-than-expected 21%. Home Depot had already raised its forecast of full-year per-share profit to $1.90 figure but lowered its sales estimate to an increase of 2.6%, down from 3.5% previously. This news comes on the heels of reports that homebuilder sentiment rose just slightly for the second consecutive month to 16; a reading above 50 means more homebuilders see conditions as good instead of poor, so there’s a long way to go. iShares Dow Jones U.S. Home Construction Index (NYSEAca: ITB) is down nearly 1% today; Home Depot is 4.6%. [Homebuilder ETFs Looking for Their Break.] 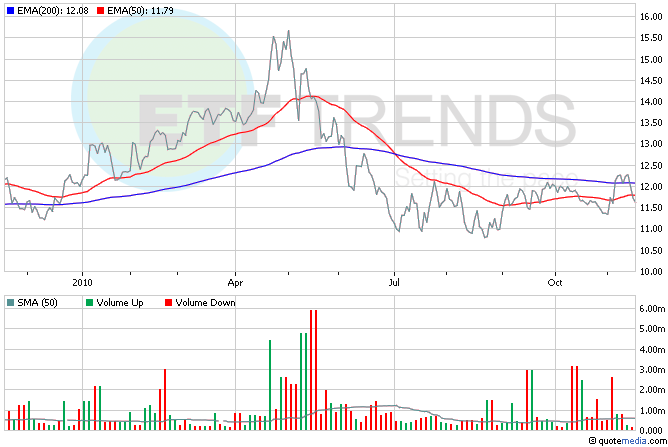