Exchange traded funds (ETFs) are being boosted this morning after the government reported that the economy added more jobs in October than most analysts anticipated.

The U.S. Labor Department said nonfarm payrolls increased by 151,000 last month, which is twice the number expected by analysts’ consensus estimates. But the unemployment rate held steady at 9.6% for a third consecutive month. With the Fed’s outlining a new quantitative easing stimulus package and a relatively good labor report, many people believe the stage is finally set for substantial improvement in the jobs market. One of the top-performing ETFs this morning, according to the ETF Dashboard, is the PowerShares Active Multi-Cap Fund (NYSEArca: PQZ), which is up 3.5%.

Asian stocks are contributing to the global market rally, with Japan’s Nikkei Stock Average rising 2.9%. The Bank of Japan kept interest rates on hold, as the government announced details of various assets, including ETFs, it will purchase under its version of a stimulus program. Japan’s officials are concerned because though their economy appears to be in a moderate recovery, there is a question about the strength of the economy. iShares MSCI Japan (NYSEArca: EWJ) is up 0.6% so far today. [Japan ETFs Weighed By Deflation’s Effects.] 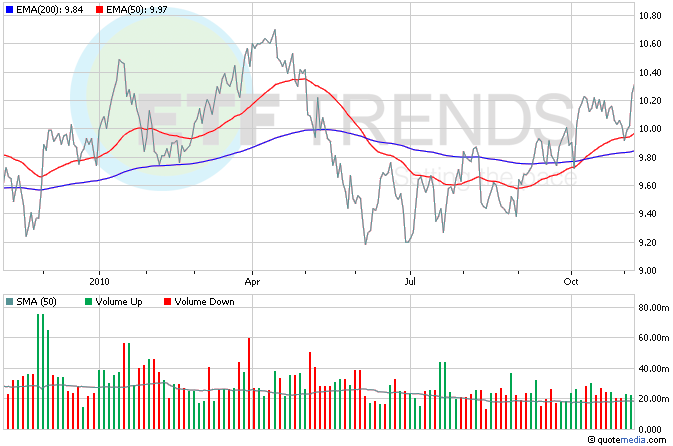 Shares of American International Group Inc. (NYSE: AIG) are holding steady in early trading after the insurance conglomerate reported a third-quarter net loss of $2.4 billion, or $17.62 a share, compared with net income of $455 million, or 68 cents a share, in the year-ago period. Rydex S&P Equal Weight Financial (NYSEArca: RYF) is flat so far today; AIG is 1.5% of the ETF. [TARP Weighs Some Financial ETFs.] 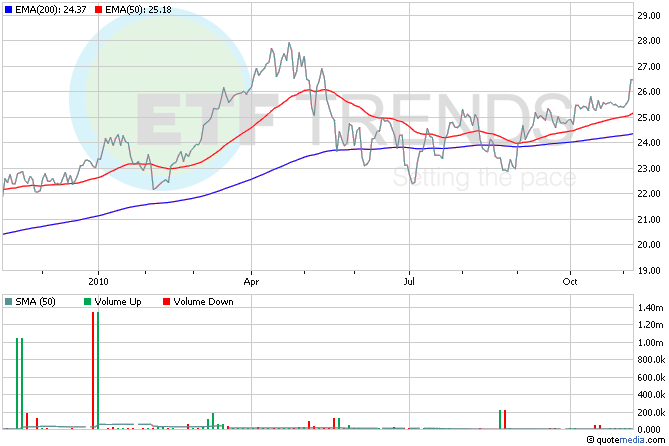 The European market is mixed after two big European banks provided trading updates Friday. HSBC Holdings PLC (NYSE: HBC) shares are down after reporting a third-quarter pretax profit increase compared to the year-earlier result. However, the run rate of profits was lower than the bank achieved in the first half of the year. Also, Royal Bank of Scotland Group PLC (NYSE: RBS) reported that its third-quarter loss decreased, but shares are down more than 5% today. The top-moving Europe ETF in the wake of the news is ProShares UltraShort MSCI Europe (NYSEArca: EPV), which is up 2% so far. [PIIGS ETFs Not Out of the Woods Yet.] 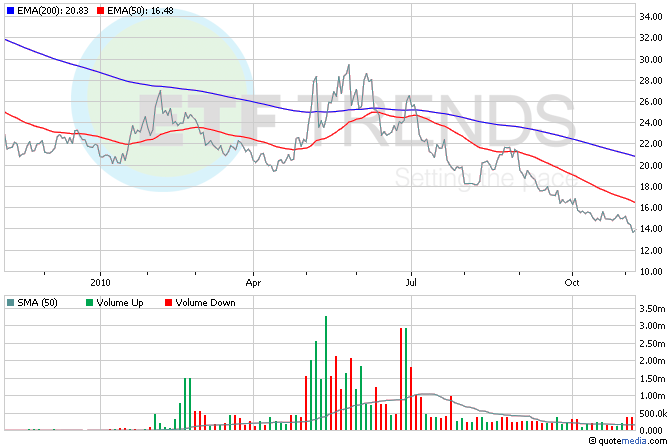