The IMF predicts 4.8% growth in the global economy this year and 4.2% next year – but most of that growth will come from developing countries and not the United States or Europe. The U.S. economy is forecast to grow 2.6% this year and 2.3% in 2011. On the heels of the announcement, global materials ETFs turned positive; among the leaders is First Trust ISE Global Copper (NASDAQ: CU), which is up nearly 2% in early trading on the ETF Dashboard. [The Third Quarter’s Top ETFs.]

The dollar continued its downward slide, reaching a 15-year low against the Japanese yen following an unemployment report that showed the private sector unexpectedly cut jobs in September. It was the first decline in months. PowerShares DB U.S. Dollar Bearish (NYSEArca: UDN) has been benefiting from the weakness: it’s up 0.3% this morning, and it has gained 4.9% in the last month. [Quantitative Easing: ETFs to Watch and Avoid.] 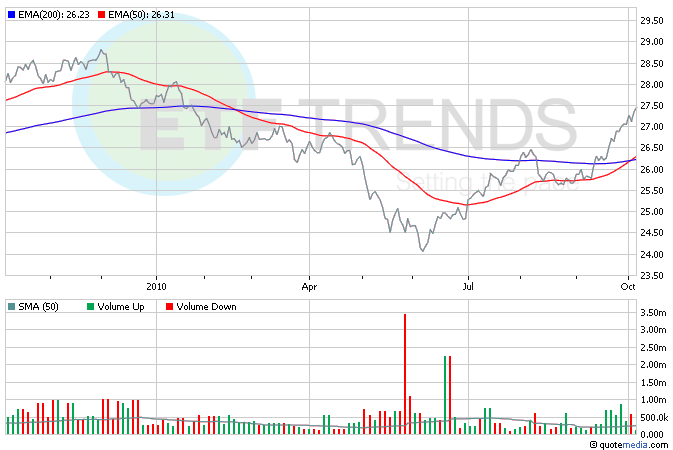 Could the housing market soon see some signs of life? Mortgage applications rose 9.3% to the highest level since May. Low rates could be drawing out buyers and benefiting homebuilder ETFs such as the SPDR S&P Homebuilders (NYSEArca: XHB), which is flat so far today. [Tom Shares His Thoughts on Housing on CNBC.] 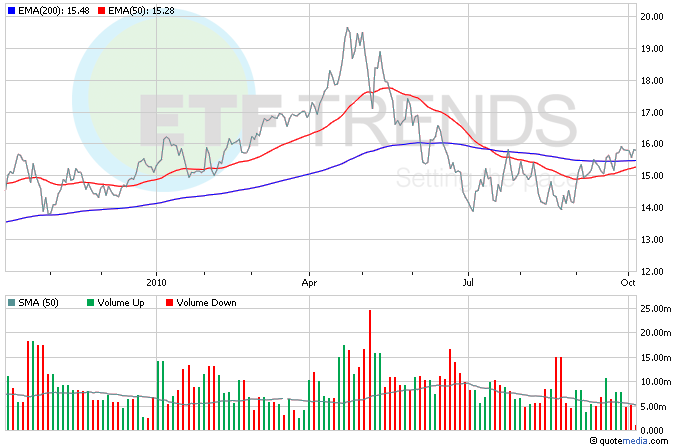