ETFs Flat Ahead of Fed Announcement

In anticipation of the Federal Reserve’s announcement later today, the markets and exchange traded funds (ETFs) are seemingly holding off on making any rash moves.

As has been the trend over the last few days, it’s primarily international ETFs that are leading the charge higher this morning as domestic growth wanes. The top-performing global ETF is iShares MSCI Poland (NYSEArca: EPOL), which is up 1.6% so far today, according to the ETF Dashboard.

The Federal Reserve will announce the results of its meeting at 2:15 p.m. ET. Watchers are primarily looking for signs that the central bank will resume its purchases of government bonds.

Despite the fact the homebuilder confidence seemingly can’t get much lower, perhaps some heart can be taken in the reports that home construction surged 10.5% last month. Building permit applications also rose. Parsing the numbers more, you can see why homebuilders probably aren’t doing cartwheels just yet: starts are up 25% from the bottom in April 2009, but they’re 74% below the January 2006 peak. iShares Dow Jones U.S. Home Construction (NYSEArca: ITB) is up 0.5% so far today. [Homebuilder ETFs: More Pain to Come?] 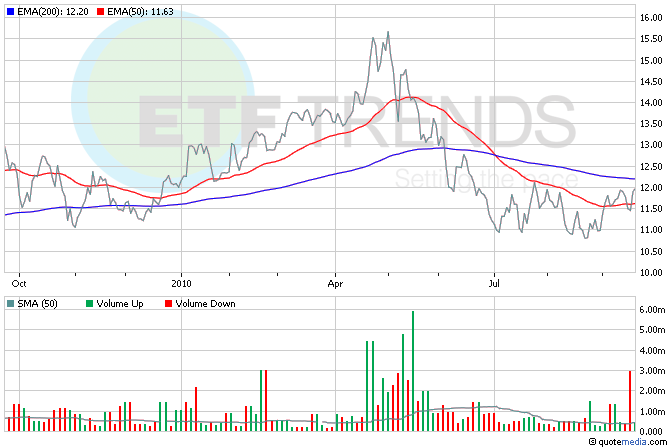 The global airline industry has notched a stunning rebound from the recession. In the wake of $26 billion in losses between 2008 and 2009, profits for this year may total $8.9 billion. That’s for more than the original $2.5 billion projection. Claymore/NYSE Arca Airline (NYSEArca: FAA) is up 1.7% so far today. [4 ETFs for the Fall Season.] 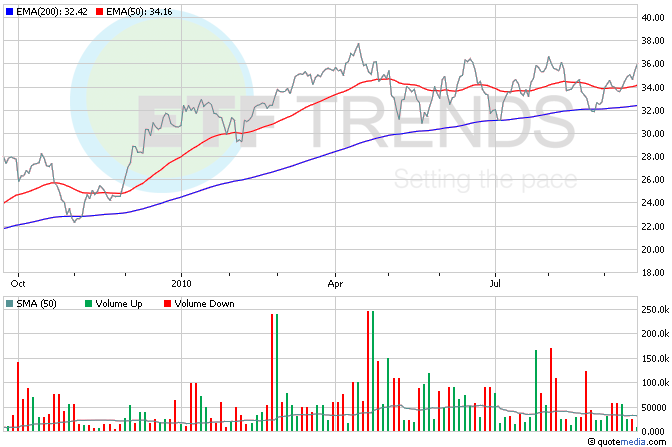