The jobless rate held steady at 9.5% in July, heightening fears that the recovery has all but stalled. Exchange traded funds (ETFs) turned south on the news, with the exception of those that target safe havens.

The ETF Dashboard shows that the major indexes are all trading lower this morning as a result of the gloomy employment report:

The economy shed 71,000 jobs last month, but in general, jobs were lost as temporary Census workers lost their posts. The report is renewing pressure on lawmakers, because the belief is that until consumers begin to feel like they’re on stable ground, they’re not going to spend at levels that would sustain growth.

As a result of the jobs report, major asset classes are moving in various directions. Oil prices are tumbling on the news, below $82 a barrel. High inventories are also contributing to declining prices; United States Oil (NYSEArca: USO) is down about 1% this morning, but in the last month, it’s up 11.2%. [Why Oil ETFs Are Rising.] 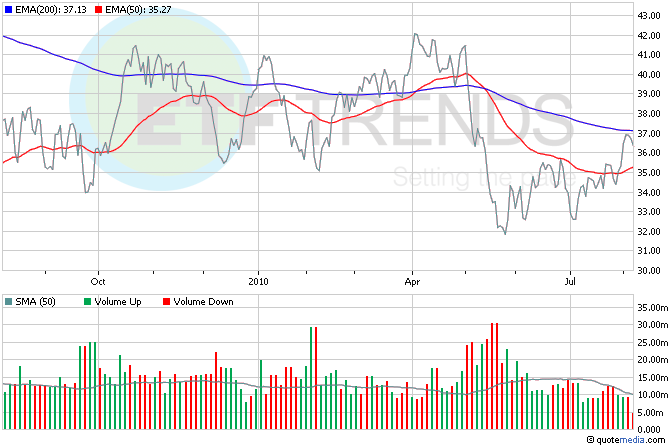 AIG (NYSE: AIG) reported a $538 million loss in the second quarter, but the results beat expectations. The loss was because AIG needed to repay the government bailout it received to stay afloat. AIG is no longer a major component of insurance ETFs, and it looks like giving the company the boot has paid off well: SPDR KBW Insurance (NYSEArca: KIE) is up 9.4% in the last month. [Financial ETFs Hurt By Reform? Not Yet.] 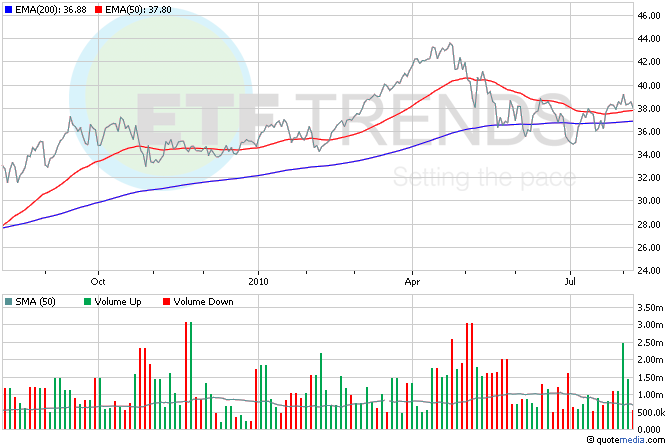 On the jobs report, the U.S. dollar is hitting a 2010 low against the Japanese yen and the euro. The euro is now at a three-month high, while the dollar is at its lowest point since April against a basket of major currencies. PowerShares DB U.S. Dollar Bullish (NYSEArca: UUP) has fallen more than 4% in the last month. [July’s Best and Worst ETFs.] 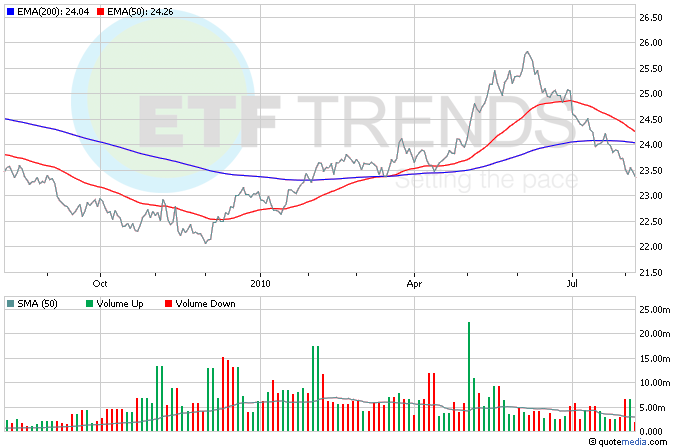