The U.S. economy grew in the first quarter, but the growth has been revised slightly downward. Exchange traded funds (ETFs) and the markets are tumbling early on the news.

U.S. GDP grew 2.7% in the first quarter, revised downward from the previous estimate of 3% growth and far slower than the fourth quarter’s pace of 5.6% growth. In any other situation, 2.7% growth would be something to celebrate. Now, though, it underscores the weakness of the recovery so far. For comparison’s sake, after the recession in the early ’80s, GDP grew between 7% and 9% for five consecutive quarters. Much of the weakness is blamed on consumer spending, which accounts for two-thirds of the numbers. [Consumer Discretionary ETFs: Outperformance in 2010?]

BP’s (NYSE: BP) continues to sink, now sitting at 14-year lows. Total share losses are now $100 billion – more than half its market value before the spill. Analysts are now saying that BP needs to assure the market of its liquidity. CEO Tony Hayward denied the company was seeking bankruptcy protect. [What the BP Oil Spill Means for ETF Investors.] 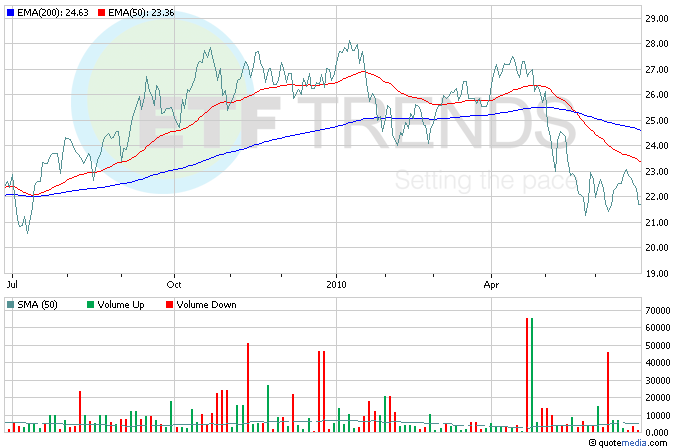 Various and sundry market concerns sent risk-averse investors to the relative safety of the U.S. dollar, pushing it higher against the euro. The G20 is gathering today to discuss the world’s economic concerns, so analysts will be watching closely for reports of regulatory reforms, global bank taxes and monetary tightening. [Currency ETFs: A Simpler Option.] 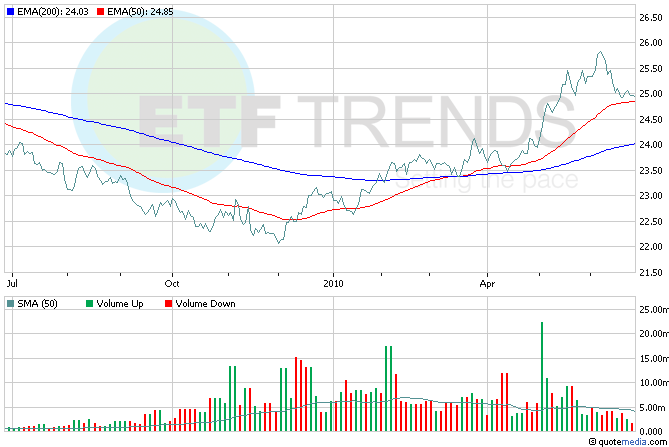 Head over here for more stories about currencies.