The housing market data shows that the market is in shambles, as home values in 20 metropolis areas have plummeted at a record pace, taking investments and exchange traded funds (ETFs) along for the downhill slide.

According to recent data, the October sales numbers prove that the housing market has sunken as a result of the financial crisis and single family home prices have fallen 18% from one year ago, reports Jack Healy for The New York Times.

October was a freefall month for housing prices, and all cities included in the S&P/Case Shiller Housing Index reported declines. As prices keep falling at a steady pace since January 2007, the evidence is solid that the housing market is a far cry from a recovery. 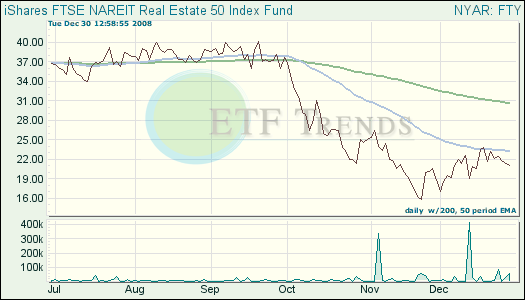 December was the last ray of hope for retailers, but as the holiday shopping season draws to a close, the fact is that consumer confidence has dropped to all-time lows. Blame more job losses and the housing market’s continuing disarray.

Job insecurity and falling asset values have put fear into consumers, and rightfully so. Ellen Simon for Associated Press reports that the Conference Board’s Consumer Confidence Index fell to 38 in December from a revised 44.7 in November. Analysts were expecting a spike at 45 for the holiday shopping season. 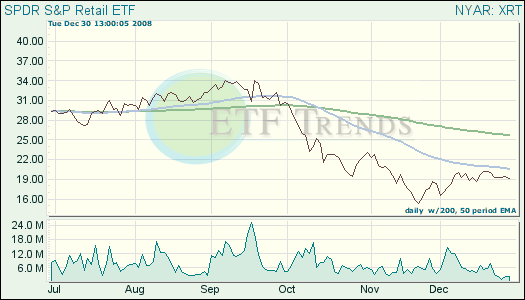 GMAC Financial Services is receiving $5 billion from the $700 billion bailout package. Christopher S. Rugaber for the Associated Press reports that the government will receive preferred shares that pay an 8% dividend and warrants to purchase additional shares in return for the money. The Treasury is also offering $1 billion to General Motors (GM) so that the company can buy additional equity which GMAC is planning to offer as part of their aid effort.